Personal Data: The Emergence of a New Asset Class

WEForum - Personal Data: The Emergence of a New Asset Class 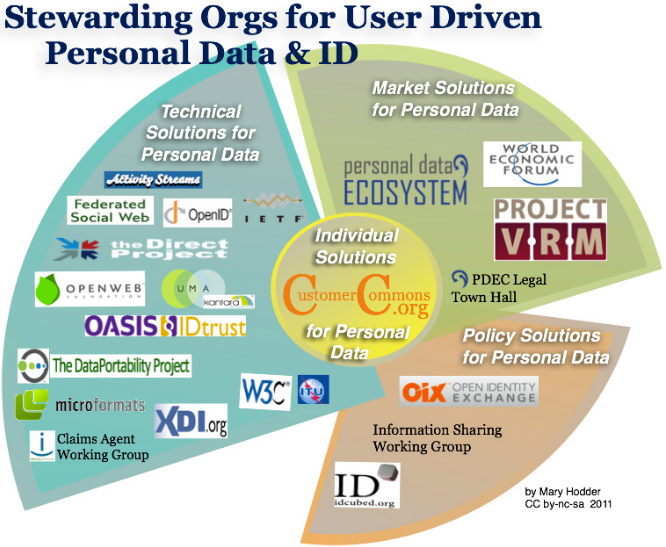 Markus Sabadello began work on Project Danube, on the creation of an XDI based personal data store, always under the control of its users, as early as 2010.

(left off around) September 2018-https://fidoalliance.org/overview/history/

Around 2011, Respect Network began working to promote the idea of personal data clouds for the protection of personal information.

Respect Network is the world’s first trusted personal data network that will let customers and companies connect over direct, personal channels that are always under the customer’s control. Every member of the Respect Network agrees to the award-winning Respect Trust Framework so customers can be sure that the privacy and security of their personal data will always be respected.