I wanted a list of all RWoT papers in one place, rather than having to directory hop to look for what I need. I’ll be adding a short exerpt to each advance reading and then turning this into a database, so that it’s easily searchable.

‘Web of Trust’ is a network of relationships that attest to our identity claims. Each party attesting to your identity information becomes a strand in your web of trust. 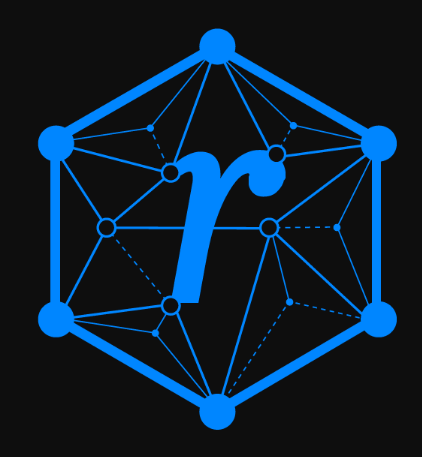 Rebooting the Web of Trust I

Rebooting the Web of Trust III

The design workshop exceeded its mandate by producing seven papers:

Rebooting the Web of Trust IV

The fourth Rebooting the Web of Trust design workshop ran in Paris, France, on April 19th-21st, 2017.

Rebooting the Web of Trust V

Rebooting the Web of Trust VI

The sixth Rebooting the Web of Trust design workshop ran in Santa Barbara, California, on March 6th to 8th, 2018.

The Decentralized Identifiers specification editors and implementers spent some time at Rebooting the Web of Trust 6 processing the remaining issues in the issue tracker. This document summarizes the proposed resolutions that the group has put forward to resolve all of the DID specification issues that were submitted before 2018-03-05.

Technology commons come in a variety of flavors and have achieved varying levels of financial success. For-profit corporate activities have in few historical cases been set up with a financial feedback mechanism to support the commons upon which they depend and capitalize. Why do the commons and the technology sectors’ available forms of capitalism act as incompatible as oil and water, even though they support each other’s aims? When capitalist benefactors support the technology commons that they utilize, it creates a sustainable and thriving commons which enables and supports additional capitalistic technology innovation. Having worked on both sides of the equation, the authors of this piece propose a vocabulary to nourish these interactions between the two sides; identified characteristics of a sustainable technology commons; identified commons models and variations; applied Appreciative Inquiry principles to one commons model; and identified future research areas.

In this document, we define a set of user flows and describe the associated Action Objects that support a Hub-centric approach to the request, issuance, presentation, verification, and revocation of interoperable attestations. This document extends the Identity Hub Explainer.

The term DID Auth has been used in different ways and is currently not well-defined. We define DID Auth as a ceremony where an identity owner, with the help of various components such as web browsers, mobile devices, and other agents, proves to a relying party that they are in control of a DID. This means demonstrating control of the DID using the mechanism specified in the DID Document’s “authentication” object. This could take place using a number of different data formats, protocols, and flows. DID Auth includes the ability to establish mutually authenticated communication channels and to authenticate to web sites and applications. Authorization, Verifiable Credentials, and Capabilities are built on top of DID Auth and are out of scope for this document. This paper gives on overview of the scope of DID Auth, supported protocols and flows, and the use of components of the DID Documents that are relevant to authentication, as well as formats for challenges and responses.

We identify use cases and requirements that connect threads of work happening in the Rebooting Web of Trust community around: educational achievement claims (particularly using the Open Badges vocabulary); use of decentralized identifiers (DIDs) within web services where educational claims circulate; and integrating blockchain-reliant verification layers. We illustrate each of these cases with a set of example documents and describe user stories for Open Badges ecosystem software in the roles of Issuer, Host/Backpack, Displayer, and Verifier that need to be implemented in order to enable the capabilities described.

This document proposes the formation of a short-term team to develop consistent messaging for the Self-Sovereign Identity (SSI) market. It will target key stakeholders who would actively promote SSI adoption. The goal is to create an SSI market roadmap. This roadmap will help SSI leaders, standards bodies, developers, academics, media, and investors coordinate and clarify their messaging for the market, to accelerate the SSI adoption.

Rebooting the Web of Trust VII

The seventh Rebooting the Web of Trust design workshop, ran near Toronto, Canada, on September 26th to 28th, 2018.

The Bitcoin Reference (BTCR) DID method supports DIDs using the Bitcoin blockchain. This method has been under development through Rebooting Web of Trust events and hackathons over the past year. The BTCR method’s reliance on the Bitcoin blockchain presents both advantages and design challenges. During RWOT7, the authors made a number of design and implementation decisions – largely scope-cutting in nature – in order to lock down a Minimum Viable Product (MVP) version, which we’ll refer to as v0.1. This paper documents those decisions, which will apply to the upcoming v0.1 BTCR method specification and associated v0.1 BTCR reference implementation.

The decentralized identifier (DID) is a new and open standard type of globally unique identifier that offers a model for lifetime-scope portable digital identity that does not depend on any centralized authority and that can never be taken away by third-parties. DIDs are supported by the W3C community and the Decentralized Identity Foundation (DIF). They are the “atomic units” of a new layer of decentralized identity infrastructure. However, DIDs can be extended from identifiers for people to any entity, thus identifying everything. We can use DIDs to help us identify and manage objects, machines, or agents through their digital twins; we can expand them to locations, to events, and even to pure data objects, which we refer to as decentralized autonomic data (DAD) items.

The paper will present novel use-cases for DIDs and DADs and propose a new cryptographic data structure that is a self-contained blockchain of DADs. This enables the verification of the provenance of a given data flow. It builds on a prior paper and an associated reading.

This paper addresses that need by offering arguments to a variety of people who might be reluctant to use self-sovereign identity, uninterested in its possibilities, or oblivious to the dangers of centralization. By focusing on the needs of real people, we hope to also encourage developers, engineers, and software business owners to create the apps that will address their reluctance and fulfill their needs, making self-sovereign identity a reality.

Aunthenticity is a challenge for any identity solution. In the physical world, at least in America, it is not difficult to change one’s identity. In the digital world, there is the problem of bots. The botnet detection market is expected to be worth over one billion USD by 2023, in a landscape where most digital activity is still heavily centralized. These centralized digital solutions have the advantage of being able to track IP addresses, request phone verification, and present CAPTCHAs to users in order to authenticate them. If this problem is so difficult to solve in the centralized world, how much more challenging will it be in the decentralized world, where none of these techniques are available?

In this paper, we explore the idea of using a web of trust as a tool to add authenticity to decentralized identifiers (DIDs). We define a framework for deriving relative trust degrees using a given trust metric: a “trustworthiness” score for a given identity from the perspective of another identity. It is our intent that this framework may be used as a starting point for an ongoing exploration of graph-based, decentralized trust. We believe this approach may ultimately be used as a foundation for decentralized reputation.

Currently, the Web provides a simple yet powerful mechanism for the dissemination of information via links. Unfortunately, there is no generalized mechanism that enables verifying that a fetched resource has been delivered without unexpected manipulation. Would it be possible to create an extensible and multipurpose cryptographic link that provides discoverability, integrity, and scheme agility?

This paper proposes a linking solution that decouples integrity information from link and resource syntaxes, enabling verification of any representation of a resource from any type of link. We call this approach Resource Integrity Proofs (RIPs). RIPs provide a succinct way to link to resources with cryptographically verifiable content integrity. RIPs can be combined with blockchain technology to create discoverable proofs of existence to off-chain resources.

In this paper we cover various scenarios where some or all parties have intermittent, unreliable, untrusted, insecure, or no network access, but require cryptographic verification (message protection and/or proofs). Furthermore, communications between the parties may be only via legacy voice channels. Applicable situations include marine, subterranean, remote expeditions, disaster areas, refugee camps, and high-security installations. This paper then recommends solutions for addressing offline deployments. 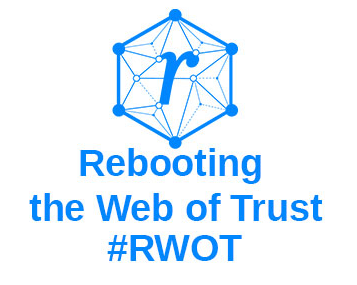 In advance of the design workshop, all participants are requested to produce a one-or-two page topic paper to be shared with the other attendees on either:

The following advanced readings have been prepared as primers, intended to give you a foundation in some of the topics that may be discussed at the design workshop:

Here are the rest of the advance readings to date: