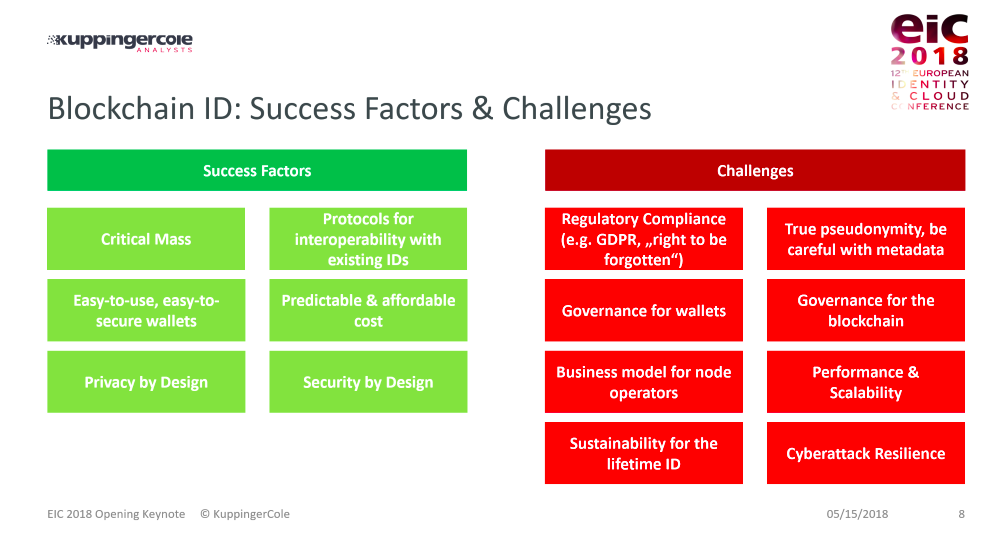 When new things arrive, which are still in the pioneering stage and far from reaching maturity, there is always a lot of discussion. This is even more true for Blockchain Identity, where the massive hype around Blockchains, a long history of clever ideas failing, and a few interesting technical and security challenges come together. During my keynote at this year’s EIC, I addressed the challenges and success factors for Blockchain ID as well. That led to a discussion on Twitter about whether some of these success factors are contradictory.

Handshake is a UTXO-based blockchain protocol which manages the registration, renewal and transfer of DNS top-level domains (TLDs). Our naming protocol differs from its predecessors in that it has no concept of namespacing or subdomains at the consensus layer. Its purpose is not to replace DNS, but to replace the root zone file and the root servers.

Handshake is public blockchain that will serve as a global list of top-level domain names. By pointing your browser to resolve requests via the Handshake network instead of at your local DNS resolving server, you’ll essentially be looking up websites’ IP addresses on the Handshake blockchain, instead of those maintained on DNS resolvers that are centralized. - The Case for Handshake A Compelling Bid to Decentralize Domain Names Steven McKie

Many fail to realize that DNS is already decentralized, with the exception of a single, critical component, of which trust is centralized: the root zone, or simply, a collection of top level domains (TLDs). And this trust anchor is kept by a small federation of authoritative bodies, where ICANN is currently the ultimate authority. - Everything You Didn’t Know About the Handshake Naming System

Certificate Authorities in the DNS network constructed the way it is today are the trusted stewards for the operation of the Internet. These stewards, as explained in the project paper, are profit-maximizing entities. Meaning, ICANN has no altruistic incentive to act honestly, yet has every incentive to maintain its natural monopoly over the riches that come with governing a critical layer of the Internet. And even if CAs intend to be good stewards, the premise of the decentralization movement posits that we should not ever need to rely on any single authority, especially one that acts as the gatekeeper to the highway of all human knowledge - Everything You Didn’t Know About the Handshake Naming System